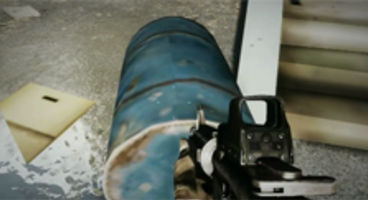 DICE has released Battlefield 3 on Xbox 360 with an optional texture pack to be installed if the user so chooses, but what's the actual difference it makes?

Thankfully the Internet has answered the call via a 'comparison test' which clearly shows the stark visual differences. 1.5GB makes one heck of a better game.

If you've no hard drive with your Xbox 360 and you buy Battlefield 3 then you might not want to watch the comparison video, courtesy of WikiGame Guides. Battlefield 3 releases on Xbox 360, PS3 and PC today in the US, this Friday in Europe.