Survey hints at Call of Juarez research by Ubisoft 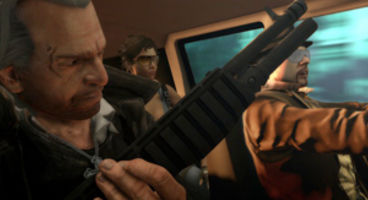 A new Call of Juarez title may be in the cards as a survey has been sent out to Call of Juarez: The Cartel owners, asking them what gameplay scenarios they'd like to see.

These answers are for an "as yet unannounced game", says the emailed survey. It hints at a return to the old West, ditching the modern day setting of The Cartel.

Dead Island developer Techland created the Call of Juarez series. A number of gameplay set-pieces were posed in the email, and most are a throwback to the old cowboy days.

Call of Juarez: The Cartel wasn't as well received as the first game in the series, as this time it split the story between three characters who each had something to hide. Below are the set-pieces:

•Hunting an outlaw in the rocky mountains

•Rescuing an innocent man about to be hanged up

•Taking part in a shooting contest

•Guarding a fort against a group of outlaws

•Helping a man to escape from the sheriff's office

•Defending a train attacked by Native Americans on horses

•A gunfight in a saloon after a poker game

•Preventing outlaws from pillaging a gold mine

•A fusillade between lawmen and outlaws

Will Ubisoft be backing the Call of Juarez horse once again?