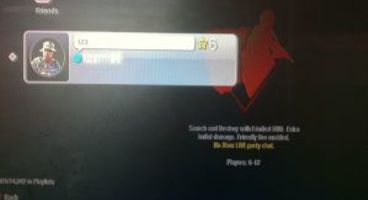 The latest patch for Call of Duty: Black Ops for the PlayStation 3 which is intended to fix online multiplayer has some strange messages for PS3 users.

That would have been a weird feature to have on the PlayStation 3.

The mistaken text has gotten PS3 users disproportionately upset, as gaming lobby groups like Gamers' Voice have been claiming beforehand that Activision is "treating PS3 and PC Black Ops players like game testers." This error hasn't calmed them down.