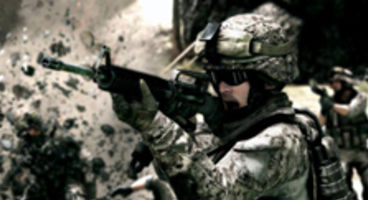 The team pushed the experience "to a new level," because they wanted to match the PC, which has the luxury of "really cool but not key" features.

The Swedish developer firmly believes in the beneficial 'trickle down' effect that leading on PC has for console versions. “Our biggest benefit for the console has been that we’re leading on PC,” declared Patrick Bach in an interview.

"It has forced us to push the limited technology of consoles compared to the PC to a new level, because we set the bar with what we wanted to create on PC and said, ‘How the heck are we going to do this on consoles?'"

DICE also prioritised what wouldn't translate over to the consoles from the PC version, as the desktop shooter can include features "really cool but not key for the gaming experience,” explained Bach.

"You know it’s easier for you to make those decisions when you have a robust PC build to look at, and the console versions look great because of the PC.”

PC Battlefield 3 has 64-player matches; consoles are half that. "Games are about having fun, it’s not about doing the most you can do…If we can jump two meters it must be better to jump four meters. No. 64 players is kind of the maximum where it’s still fun and you can still control the Battlefield. It’s like I can understand where I got shot from and why.”

Battlefield 3 releases on Xbox 360, PS3 and PC tomorrow in Europe.