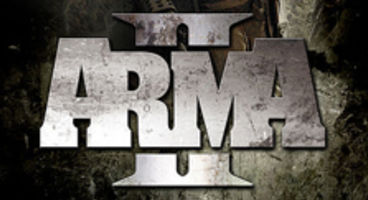 UK broadcaster ITV is sorry for using a fan-made clip of Bohemia Interactive's Arma 2 in a documentary film about the past links between Gaddafi and the IRA.

The mistake was made "during the editing process" when incorrect footage of a 1988 incident was "mistakenly included". Bohemia was shocked at the blunder.

It seems videogamers aren't the only ones to suffer from not being able to distinguish what's virtual, and what's not. Oh the irony.

"The events featured in Exposure: Gaddafi and the IRA were genuine but it would appear that during the editing process the correct clip of the 1988 incident was not selected and other footage was mistakenly included in the film by producers. This was an unfortunate case of human error for which we apologise," said ITV in a statement.

ArmA II developer Bohemia Interactive's CEO Marek Spanel was genuinely shocked that this mistake ever took place. "It is very weird to see our game used this way, especially considering the journalists were simply unable to tell difference between reality and game footage and described a short film clearly made using our game Arma II with what they call real IRA footage from 1988," exclaimed the studio boss.

"Our games offer great level of freedom to our users to create all kind of things but in this particular case, it is very misleading. At the moment we are gathering further information about the matter but I already had a chance to see the documentary and so far I am not sure how could they make such an obvious mistake," Spanel said at the time.

"On a somewhat more positive note, we consider this as a bizarre appreciation of the level of realism incorporated into our games." Can we expect ITV to tone down any programmes demeaning gamers for our 'inability to grasp reality' for now on? Probably not.