Star Wars: The Old Republic to feature Achievements at launch 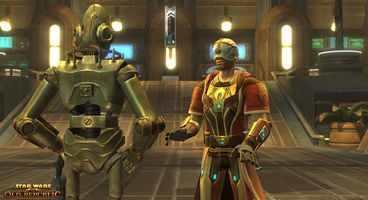 According to Bioware lead writer Daniel Erickson, achievements will be available in Star Wars: The Old Republic at launch.

"Achievements have made ship in fact." said Erickson. "They're not going to be the crazy achievements that you have to place everywhere, that are like, 'Hey if you drink 6 beers and fart in a cantina,'"

“Those are not the only achievements to go in. Version one of the achievement system (will) go in, which is actually doing big, heroic stuff, because there's a ton of great optional content in The Old Republic."

Star Wars: The Old Republic launches for the PC on 22nd December in Europe.