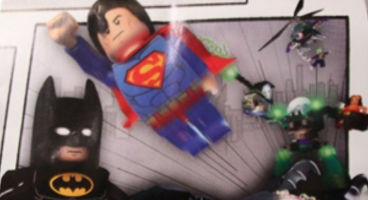 An alleged poster teasing 'LEGO Batman 2: Super Heroes' has Superman, Green Lantern and Wonder Women alongside Batman himself in 2012 from TT Games.

This would likely mean a release around the time of the upcoming blockbuster Batman film 'The Dark Knight Rises', starring Christian Bale - his last time underneath the cowl.

LEGO are unleashing a new Super Heroes product line next year, and so this ties in nicely. LEGO Batman proved to be one of Traveller's Tales' best, alongside Star Wars and Indiana Jones.