One of the most iconic comic book heroes of all time has been Lego-ified again. Except this time, it's a huge improvement upon the lacklustre and soulless original Lego Batman.

The next two LEGO games will be the 4th DC Comics LEGO title and one based around Disney/Pixar's The Incredibles 2, according to reports.

US videogame sales revealed for September 2012

September's U.S. retail video game sales have been revealed by the NPD. According to the firm, sales have declined 24% year-over-year. Console sales took the biggest hit, down 39% compared to September 2011. 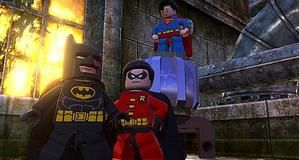