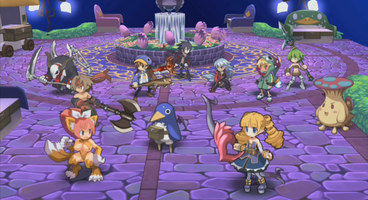 NIS America has revealed that the English localization of Disgaea 4 will feature more dialog than the Japanese version, with some previously unvoiced scenes getting voice acting.

According to Siliconera, a bunch of anime characters will be making cameos in the game: "We can also confirm the localized version will retain the anime cameo characters for Omega tier spells. Index from A Certain Magical Index appears when a cleric casts Omega Heal. Holo from Spice & Wolf is summoned when you cast Omega Wind. Bikkuriman arrive when a mage casts Omega Star. Meito Anizawa from Anime Tencho heats up the battlefield when someone casts Omega Fire. Lotte or Astarotte from Lotte no Omocha! freezes enemies with Omega Ice."

Disgaea 4: A Promise Unforgotten will be released for the PlayStation 3 on September 6.