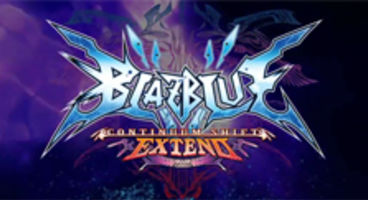 Arc System Works announces BlazBlue Continuum Shift Extend will be releasing on Xbox 360 and PS3, alongside PlayStation Vita this winter in Japan.

The Vita and PS3 versions support shareable save data for story modes. The Extend version includes new features like Relius as a playable character.

Cross-platform play between Vita and PS3 isn't confirmed although the game's producers have hinted it's something they'd like to see. The home console versions haven't been declared as either retail or purely a digital download.

Updates with Extend include:

• Relius as a playable fighter

• Inclusion of a refined version of BlazBlue Calamity Trigger's story mode, with all new voice acting

BlazBlue Continuum Shift Extend will be attending the Tokyo Game Show in September where all three versions will be playable to the public on the 17th at the Arc System Works booth. BlazBlue goodies will be offered to those who sample the game.