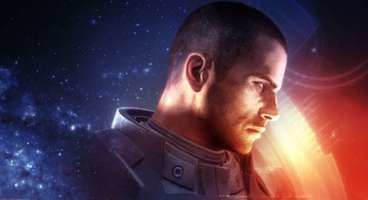 Bioware has announced that Command Shepard's story will be "complete" with Mass Effect 3, so even though there are plans for additional Mass Effect games, they won't involve Shepard.

When asked if there would be no more Mass Effect titles after the third game, Bioware CEO Dr. Ray Mazuka repled, “Not at all no. We have ambitious plans to continue this franchise going forward. Mass Effect 3 is simultaneously a couple of different things; a thrilling and epic conclusion to the trilogy as we promised our fans we’d provide for Commander Shepard, but it’s also a brand new beginning – it’s an entry point for new fans and it’s also a brand new beginning.”

When asked if this meant there would be no more Cmdr. Shepard, producer Michael Gamble confirmed, “Yes. After this, Commander Shepard’s story is complete.”

In honor of our favorite space adventurer, we play this tribute.