Playdead's next game will be 'weirder' than Limbo 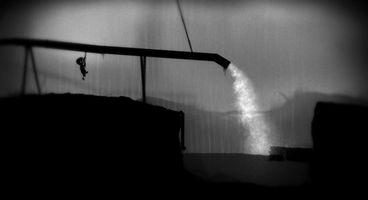 Playdead's next game will be "more weird" than the developer's breakout game, Limbo, and it's already shaping up to be "crazy good". This was revealed in an interview with the Danish developer's boss Dino Patti.

"I think it looks crazy good," Patti told Eurogamer. "I'm really proud of it already. I know the art is not fully there yet, but for me it's the perfect project two for our company, because it's similar in many ways, but so different. The next project is more crazy than Limbo, if you say that's crazy. It's more weird in many ways."

While Patti wouldn't reveal anything specific about the new game, Patti did state that it would be in color - unlike the monochromatic Limbo - and that it will have "more 3D than you would think." He also practically assured that the game would be a digital download.

Patti added he didn't want to pressure his team by revealing information about the game. "We just want the team to be happy about it," Patti explained. "Also, our production time is long, so we don't want to tire people out. I hate when the big publishers show something one or two years before the launch."

The title is early enough in development that Playdead hasn't yet named the game, or decided on a platform. This time around, Playdead wants to cash in with a multiplaform release. "Hopefully we'll do bigger distribution next time," Patti revealed. "I want more people to play the game. Limbo sold really well, but if we'd done a multiplatform launch the first time it would be even bigger.

"That's our goal. I can't promise anything. Last time we developed for PC and then we started talking to Sony and Microsoft. When we got a deal in place we started moving in that direction. The new one we're developing on the Unity game engine. I just hope that engine follows all the platforms. We will, too. We are aiming to go as wide as possible. At this point it's hard to promise, because I don't know what consoles there will be or what deals. It went really well on XBLA. I'm really happy with those guys. But it also went really well on PlayStation."

Limbo debuted on Xbox Live Arcade in July 2010, and was subsequently released on Steam and PlayStation Network.