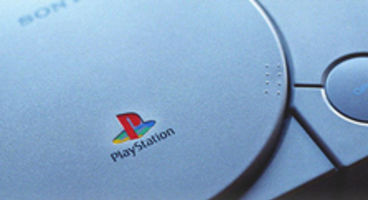 What to know what it takes to get those PSone gems on the PlayStation 3 and PSP? Sony has explained why it can be so darn hard to get them up.

Some are still awaiting "legal clearance" since 2007. Some fail bug tests at QA, but get re-run when the emulator updates. What about the US/EU divide?

"The journey from PSone disc to PSone emulation can be a long one – here’s the short version," begins Ross McGrath from the PlayStation Store Team, SCEE.

"We make sure we’ve got a good copy of the original disc (or discs if there are localised versions), then the game is cleared for publish by our legal department. They check there are no issues with any of the content in the game being under an expired license, or any confusion over ownership of the publishing rights."

"Then we make a record for the game as it will appear on the Store, including the image and all the description text in the eight Store languages."

"Next, the game disc is sent to SCEI (Sony Computer Entertainment International) to be turned into a digital version, where they run some initial bug tests before the package is sent to our software testing house in Liverpool," he said.

"The game is played extensively to make sure that there are no serious issues and that the game works from start to finish. At that point, if no problems are found either on PS3 or PSP, we can publish it."

Of course that's if everything goes perfect as otherwise things get ugly. "There are two major stumbling blocks between submitting a game for emulation and us being able to publish it: not getting legal clearance and failing quality assurance (QA)," noted McGrath.

For the full breakdown from Sony check out the PlayStation.Blog post.

As for why the US and EU PSN don't match in their PSone Classics catalogue? "This usually comes down to either publishing rights or bugs that occur within the emulated PAL version that did not occur within the NTSC emulated version."

"There are several PAL titles that don’t play well with the emulator because of a PAL-only copy protection system that was used in several key releases, and sometimes other bugs occur at random," explained the Sony exec.

"In some cases the original publisher of the game in the US is not the same publisher as in Europe, so publishing rights need to be secured – once again, a lengthy process and one that some publishers choose not to undertake because of the costs and time involved."