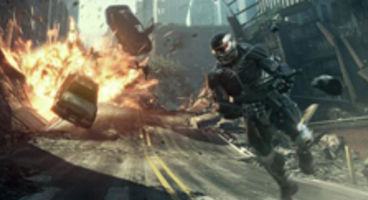 If you own one of those fancy all-whistling graphics cards and bought yourself Crysis 2 you might have noticed it isn't quite using up all those whistles.

According to an anonymous but 'well placed' source, Crytek began work on DirectX 11 in November but couldn't get it finished in time for launch.

Obviously as they had started work on the DirectX 11 textures and whatnot they'll be continuing the development and we should see a release of an update in about 2 to 3 months time suggests the source. They skipped DirectX 10 altogether.

"No patch was ever confirmed, I have no idea why this website even posted such information", wrote a Crytek community manager after Maximum talked about an impending DirectX 11 upgrade to Crysis 2 - due out this Monday gone in fact.

EA added: "We have not made any official announcements about a patch yet." While the game itself is a fantastic jaunt through a pretty beat up New York City, many PC gamers bemoan the incredible lack of graphics settings compared to the original.

Have you been enjoying Crysis 2? Check out our review of the Nanosuit 2.0.