Muzyka: BioWare "learn from" DLC, it's a "win-win situation" 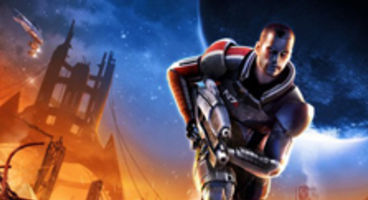 Co-founder Dr Ray Muzyka of BioWare has nothing but good things to say about downloadable content, even if it isn't well received it still teaches you.

They target "different audiences" with different DLC he says. Mass Effect add-ons have been "win-win" for the studio - it helps 'sustain' IP so fans "remain engaged".

"We always feel like we can get better. I think more telemetry in our game client allows us to see what players are actually doing, as well as listening to press feedback and fan feedback on the forums," said Ray Muzyka about getting DLC right for gamers.

The original Mass Effect had two pieces of DLC released while Mass Effect 2 had considerably more with two released pieces adding new squad mates to Shephard's crew. The Lair of the Shadow Broker brought Liara D'Tsoni temporarily onto the team.

"Well, it's an online extension to the game, so we have a goal of having an IP universe, pre and post launch, and sustaining the experience so players remain engaged with the franchise for a very long time - but I think what you're seeing today is the beginning of more in the future. We're definitely taking lessons, and we're trying to make a universe that players feel like they can be a part of for a very long time," explained Muzyka.

"With online connectivity of any sort, we want to give players a reason to believe long-term, and feel like they're the ones that want to keep it for a long time, and not trade it in."

"So, DLC, It's a win-win situation for us." Right now BioWare isn't talking about any downloadable content plans for the upcoming Mass Effect 3, which is due for release on Xbox 360, PS3 and PC in March 2012. Have you enjoyed BioWare's DLC treats?