No civilian shooting in Battlefield 3 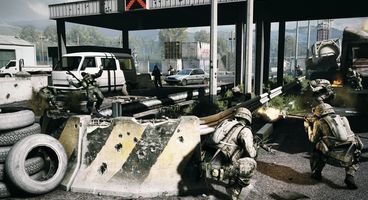 Among the fan questions posed by Rock Paper Shotgun to DICE executive producer Patrick Bach regarding Battlefield 3 was whether civilians could be killed by the player. The answer: no.

His reasoning was that players, when given the chance to explore the dark side, will do so because there's no repercussions. According to Bach,“if you put the player in front of a choice where they can do good things or bad things, they will do bad things, go dark side – because people think it’s cool to be naughty, they won’t be caught… In a game where it’s more authentic, when you have a gun in your hand and a child in front of you what would happen? Well the player would probably shoot that child.”

And the problem with that is that DICE will be attacked for giving the player that option. “We would be the ones to be blamed," explained Bach, "We have to build our experiences so we don’t put the player in experiences where they can do bad things.”

“Me personally, I’m trying to stay away from civilians in games like BF because I think people will do bad. I don’t want to see videos on the internet where people shoot civilians. That’s something I will sanitise by removing that feature from the game.”

The spectre of Call of Duty: Modern Warfare 2 probably haunts military shooters even now, and DICE doesn't want to deal with the backlash.