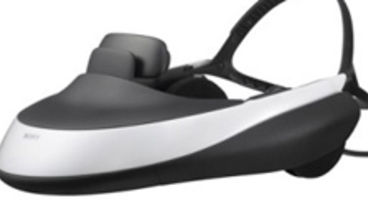 Sony Japan will be launching their line of 3D head-mounted display units this November in their native land, which is set to retail for around 60,000 yen.

The visor features two 720p OLED screens at 0.7-inches, which are directly in front of the user's eyes. It's the equivalent of a 750-inch screen just 20m away.

The visor unit also fully supports 5.1 surround sound to accompany the 3D display. Naturally this removes the need for a 3D TV and a set of glasses as they're both rolled into one. Can such a retro looking answer to the 3D question become mainstream?

Does this method of 3D experience appeal to you, videogamer?