31 December 2011 | By Jonah A. Falcon
Fallout: New Vegas lead designer J.E. Sawyer has released his own unofficial mod for the game which fixes gameplay balance. The mod cuts the level cap, XP gain, health and healing, while buffing certain weapons and armor.

According to Sawyer, "Some of the mechanics changes make the game significantly more difficult... or at least more of a hassle... I'd rather have people opt-in to those changes than make them the default in a patch... the game's over. The ship has sailed. No one is working on it anymore. No testers, nothing. This mod is just me working in my free time. If I horribly botch something, you can just un-check the mod and go on your way."

The mod can be downloaded directly from Sawyer here. However, in order for the mod to work, the player will need to have every piece of New Vegas downloadable content installed, including the former pre-order bonus packs, as well as Fallout Mod Manager.

Fallout: New Vegas was released over a year ago in October 2010, and earned an 8.5/10 score in Strategy Informer's review. 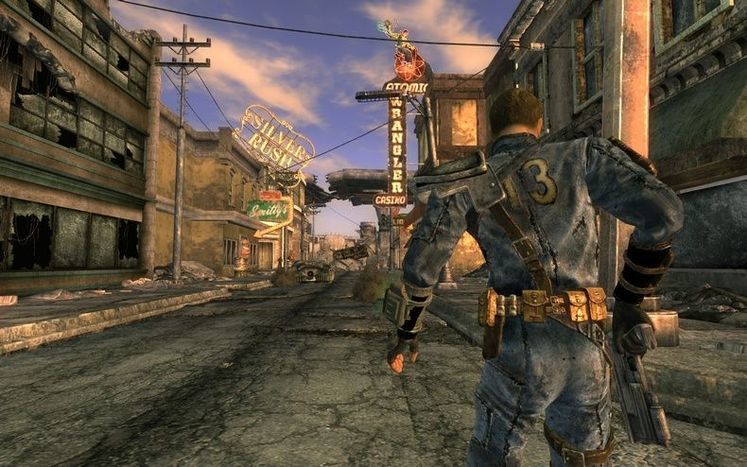 Here is the list of fixes according to Sawyer:

* Max level with all DLCs installed is 35.

* Base player health is quartered and level-gained health is reduced by 25%.

* Base Carry Weight from 150 to 50 (related perks/things have also been adjusted).

* Energy Weapon durability is in the same ballpark as Guns durability.

* Medium Armor has a small amount of DR proportional to its DT.

* Heavy Armor has even more DR proportional to its DT.

* Power Armor does not require a perk, but if you have the perk, the weight of the armor is essentially negated.

* Karma/Alignment values adjusted all over.

* Water and Food drop rates on NPCs is dramatically lower. It is difficult to stay out of Dehydration/Starvation by looting enemies.

* Water/Nuka-Cola/Sunset Sarsaparilla heal much less, but now all restore H2O (alcohols will as well, but at lowered values).

* Default Stimpaks are uncommon. A new variant, Stimpak, Expired is the default. It is not that great.

* The player's Workbench recipe now makes Stimpak, Homemade. It is better than Expired, worse than default Stimpaks, and has the PE penalty from Healing Powder.

* All Stimpaks have weight.

* Pre-Order items have been adjusted to be more well-balanced and not worth that much if you rush to Chet's to trade them in.

* A bunch of fixes I couldn't make during development because of load order conflicts, time, etc. E.g.: Automatic Rifle spread re-adjustment, putting the Police Pistol on the Cowboy List, Bozar on Grunt, Junk Rounds are now actual ammo variants you can make, etc.