Kaz Hirai is the new President and CEO of Sony

01 February 2012 | By Jamie Davey
Sony has confirmed today that Kaz Hirai will replace Sir Howard Stringer as President and CEO of Sony Corporation from 1st April.

Hirai has been the PlayStation boss for a long time, although it was strongly rumoured for well over a year that he would be promoted to president at some point. 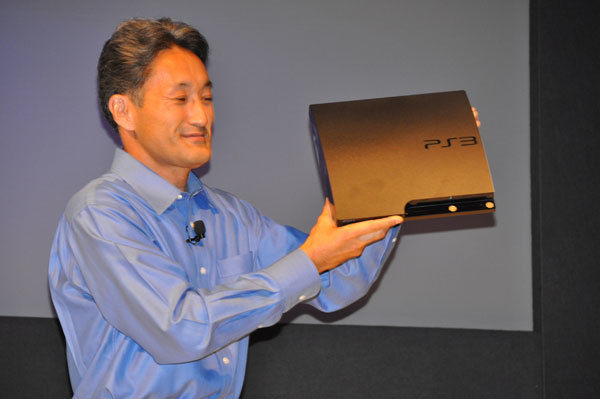 "As challenging as times are for Sony now," said Hirai. "were it not for the strong leadership of Sir Howard Stringer these past seven years, we would have been in a much more difficult position.

"I am grateful to Sir Howard and to the Board for their confidence in me, and I look forward to working with everyone at Sony more closely than ever before to build a strong future for our customers, shareholders, partners and employees.

"The path we must take is clear: to drive the growth of our core electronics businesses - primarily digital imaging, smart mobile and game; to turn around the television business; and to accelerate the innovation that enables us to create new business domains.

"The foundations are now firmly in place for the new management team and me to fully leverage Sony's diverse electronics product portfolio, in conjunction with our rich entertainment assets and growing array of networked services, to engage with our customers around the world in new and exciting ways."

Stringer, who will be offered a Board chairmanship position in June, expressed his feelings on the change.

"Three years ago, I started to work with the Board on succession plans, and in February, 2009 we named a new generation of leaders to be my management team. Among them was Kaz Hirai, who had distinguished himself through his work in the PlayStation and networked entertainment businesses." said Stringer.

"Kaz is a globally focused executive for whom technology and the cloud are familiar territory, content is highly valued, and digital transformation is second nature. I believe his tough-mindedness and leadership skills will be of great benefit to the company and its customers in the months and years ahead. I look forward to helping Kaz in every way I can so that succession leads inevitably to success.

"It was my honour to recommend him to the Board for the positions of president and CEO, because he is ready to lead, and the time to make this change is now."