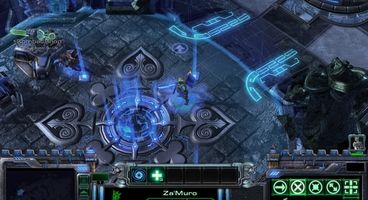 Valve has announced that Defense of the Ancients 2 (DOTA2) will be free-to-play, just like it's MOBA rival, League of Legends. The company also described what can be purchased at the game's online store and how the Steam Workshop will operate.

According to Valve's intro blog post, “DOTA 2 will not be a pay-to-win game. All the items in the store are cosmetic, and don’t affect gameplay,” Valve wrote in an introductory blog post.

“All of the heroes will be available free of charge. We believe restricting player access to heroes could be destructive to game design, so it’s something we plan to avoid.

“Dota’s always been a game where the community has had an extremely active role in driving it forward, from the huge amount of feedback that Icefrog receives to the number of suggestions posted in the hero ideas forums. We wanted to make sure that Dota 2 expands on that community interaction even further, to the point where players can directly contribute to the game itself.”

How will Valve monetize the game? Basically, through cosmetic add-ons, like (of coruse) hats. Players will be able to purchase cosmetic items through a Spoils of War system, which vary depending on their rarity. In fact, plays may use the Steam Workshop to craft their own items and sell them in the store as well. This system was used for Team Fortress 2 modders, who were able to earn $3.5M in item sales.

All heroes, however, will be free.

Those interested in learning more about DOTA2 can check out the official FAQ here.