Nexus: The Jupiter Incident in Kickstarter bid for sequel 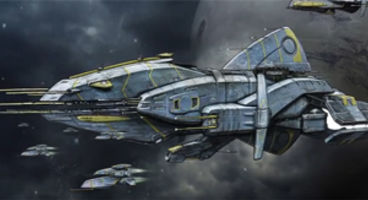 The crazy minds behind Nexus: The Jupiter Incident are at it again with the idea for a full sequel effort called 'Nexus 2: The Gods Awaken'. They want to bring back true tactical space battles.

Not only that but they want to dazzle us with "state-of-the-art visuals" whilst doing it, just like in the original. It will be powered by the Unreal Engine, allowing modular ships.

That means they can have entire sections of a ship be destroyed and look great while it happens, giving players a "tactically-richer" game but one that's "highly pleasing graphically."

That's not an entirely new feature as the original allowed fleet commanders/admirals to target enemy vessels at specific hard points to disable and even destroy armaments, engines, shields and other devices on-board. Now we'll get to see them visually represented as the battles play out.

The developer is also introducing a whole new gameplay mechanic called Psis. They're NPCs who possess incredible power and can turn the tide of battles. Using the Unreal Engine we can also enjoy grander ship designs and space stations thanks to the modular approach. Fighter squadrons can be outfitted too.

If successful, Nexus 2 would take place 25 years after the events in the original game. We'd fill the boots once more of Marcus Cromwell as he rallies mankind's forces to fight some new threat, brought to his attention by the "mysterious artificial goddess known as Angel".

The Nexus 2: The Gods Awaken Kickstarter campaign is asking for $650k. It has 26 days left on the clock and so far has almost 1,500 backs pledging just under $60,000. Check out the developer's pitch video below. 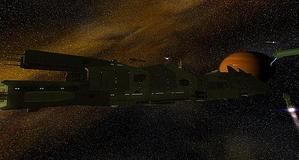