Moore: Not as binary as switching high-end games free-to-play 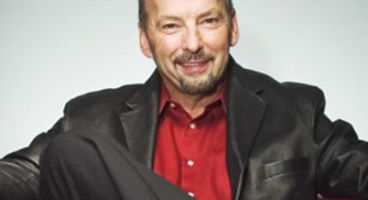 EA COO Peter Moore doesn't believe you can just switch "full 12-gigabyte client games" like Need for Speed or Battlefield free-to-play. Instead it's an "evolution that will go on" to the next generation hardware.

There are "huge opportunities" with tablets and smartphones that continue to grow, where "devices are creating games as a service." Moore says it's "less of a thing you buy, more of a place you go."

However today EA does in fact have a hulking free-to-play client in Star Wars: The Old Republic, although it is an MMORPG. He can't see big titles just flipping F2P.

" I don’t think its as binary as that," the EA COO told Wired. "I think there’s an evolution that will go on where at some point we’ll get to the next generation of console hardware, but more and more we’re seeing huge opportunities here on smartphones and tablets." Even his former employee Microsoft is getting into tablets with Surface.

Back in 1999 when Peter Moore joined the games industry, the gamer populace was "in the tens of millions" in the US. "Young males, in those days — we were moving them from the Sega Genesis to the Sega Saturn hopefully to the Sega Dreamcast. PlayStation had built a strong business at that time." Now it's in the billions.

"We look at smartphones, we look at tablets and the growth of gaming on tablets and of course free to play. Most of our major brands now, there’s a free to play experience: Need For Speed, Battlefield, FIFA — they’re different, obviously, from the big client experiences, but it allows us to build complete franchise experiences, 365 days a year, allowing you to play no matter where you are, what you’re doing, what platform you’ve got," explained Moore.

All these mobile devices now are chasing videogames. "...we’re seeing the Galaxy chase after the iPhone. Kindle Fire, developing games on the HD Kindle Fire. All of these devices are creating games as a service. To your point, that’s where we see these things. Less of a thing you buy, more of a place you go."

He continued: "It’s going to be a while before we can say, alright, here’s a 15-gig client for free. Although we’re getting there with Star Wars, which is the first change, although that’s an MMO world in which we can micro-transact. At some point we’ve got to make some money. This is an expensive undertaking, particularly the types of game you’re talking about where you’ve got 200 and something people working full time on a game. It’s a leap of faith to go, “okay, it’s free.”"

Free-to-play is an inevitable destination: "Ultimately, we’ll get there. There’s no doubt. But I think depending on what happens in the next generation, it could well be that there are more and more growing free experiences coming from below, if you will, creeping toward the higher-end client, rather than the higher-end client creeping toward free."

"I still think we still have 18 million people who are very willing to buy our FIFA game each iteration, and then I don’t even know what the pass through rate of that game is from used game sales. Ultimately, we don’t get to play in any of that revenue. But I could ultimately put my hand out and say 25 million people right now have experienced FIFA 12."

Check out the full interview between Peter Moore and Wired.