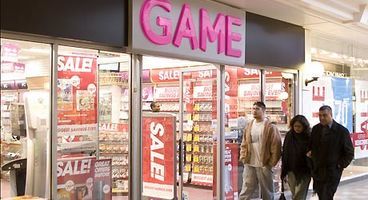 GAME has received a brief respite from its lenders and stockholders, under new conditions that were enumerated during a brokered deal that was just finalised. One of those conditions is that it should "operate within lower limits of its existing facilities than was previously available", and that the lenders will now have a say in the videogame retail chain's operations.

This comes on the heel of much speculation over the chain's financial status. Strong rumors had been swirling that GAME was facing problems with credit insurance, which would have prevented the company from restocking the shelves of its stores with new releases.

One of the reasons the deal went through is that new estimates had showed that the retailer's losses for the year would "only" be £18m, which was much lower than what was actually feared.

"We're pleased to reach agreement with our lenders, but should be under no illusions about the challenges in our market or the hard work that is required to deliver our strategic plan," GAME CEO Ian Shepherd reported in a statement to the press.

One of the reasons for GAME's poor showing in the past year was its slowness in embracing digital content, something that American counterpart GameStop had quickly realised, acquiring Impulse to augment its existing digital distribution last March. However, sales of boxed games fell too far in the past year for GAME to implement its digital plans properly.

GAME currently has 610 stores in the United Kingdom and Ireland, along with 665 stores internationally, with 573 in continental Europe and 92 in Australia.