02 February 2012 | By Jonah A. Falcon
It seems that the European release of David Jaffe's demolition derby racer Twisted Metal will not make its 17th February release date due to fears that the violent content would result in a ratings change in Europe. The game will be released sometime in March.

According to a NeoGAF forum post by Jaffe himself, the developer explained how he was working hard to make sure the game was palatable for SCEE.

“99 per cent of the cuts were in the movies and the movies are still intact and I sat with the editor – who was the same editor of the American movies – and we went through and addressed the notes from Europe and made sure the stories still worked,” Jaffe wrote. “And to be fair, there have not been that many cuts. For example, in the scene we’ve released on the net from the intro – where the girl stabs Tooth in the eye – the SCEE version has this but we cut away right before the scissors make contact with Tooth’s face."

Jaffe admitted the game was more macabre than it might appear.

"Shooting a dude screaming out the back of an ambulance is pretty stupid and fun and cartoony in a dark, twisted way. Turning a stolen from the morgue CORPSE (into) a missile? A bit more disturbing in some ways…not trying to sell you on it, just thinking outloud (sic),” the developer mused.

Jaffe stated that Twisted Metal was a far bigger seller in North America than PAL territories, so it would make more sense to release a single PAL disc rather than tailor the game for several countries. 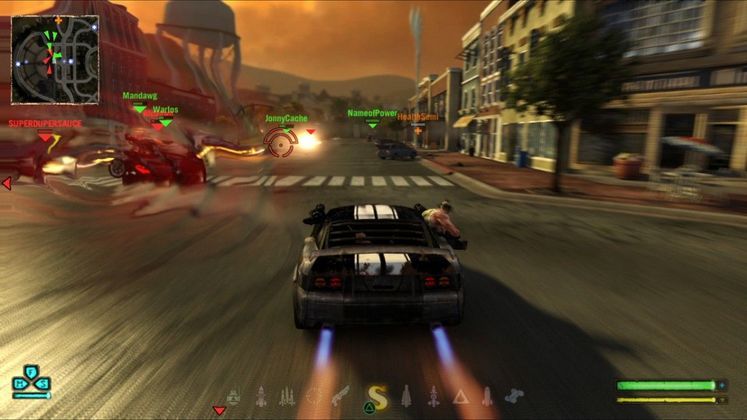