03 August 2012 | By Joe Robinson
I know, I know… I forgot about June. That happened, ok? I was moving flats, stuff was going on… I’m sorry, let’s move on. To be fair though, you’re didn’t miss much – aside from a smattering of interesting titles and expansions, June was a pretty disappointing month as far as game releases go, and July is the same. The games industry just never seems to know quite what to do with the core summer months, preferring to let cinemas and outdoors reign supreme whilst they wait for winter to come again. Still, there have been some highlights over the past 31 days, so let’s have a looksee, shall we?

One of the few decent strategy offerings this month, Endless Space is yet another contender for the Space 4X throne left vacant by Sins of a Solar Empire, much more like a Civlization set in space than anything else, it’s got a fairly intuitive and in-depth empire management system, lots of tech to research, and a space battles that, whilst technically real-time, only give you some light tactical choices to make (they play out automatically, like grand-strategy games, but they’re just 100x more pretty). Some have already proven not to like this form of space battles, but we did, and our review highlights how impressed we were:

“Endless Space may not push any boundaries or possess much ‘wow’ factor, but it’s a very enjoyable 4X strategy game, set in a rich and diverse science-fiction universe that begs exploration. It’s no Sword of the Stars II, but then Sword of the Stars II is no Sword of the Stars II either. Given the choice, we’d rather have a more limited, but realistic game then be promised the moon and only get given a cardboard cut-out instead. From here, the folks at Amplitude have given themselves a great framework from which to expand and improve on the base game, and like we said during the preview we hope the numbers are good enough to fund all their future endeavours.” 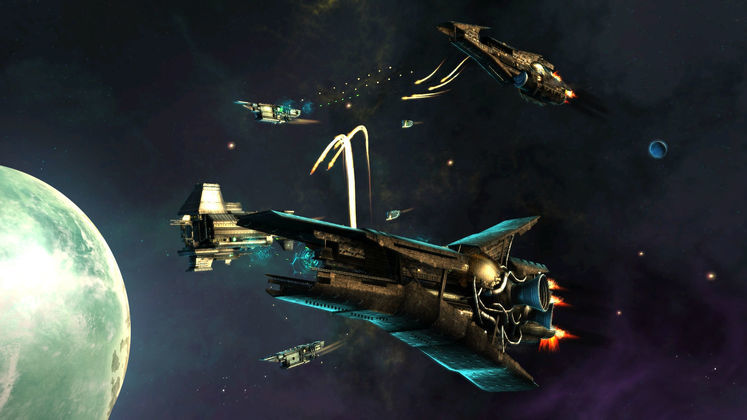 This free-to-play game seems to have fared better than its predecessor, Stronghold 3, and on all accounts is a fairly well thought out and un-offensive free-to-play title. Imagine that. Taking the classic Stronghold staples that you all know and love, and keeping it in a very simple and controlled online environment, Kingdoms should provide a decent casual outlet for all those who are looking for something more long-term. As Manny says in his review:

“In my opinion, that’s the essence of the game, and once you pull back the map view and realise that there are hundreds of real-life players around you, the possibilities quickly become enticing. There are a whole lot of things I want to try over the next few months playing Stronghold Kingdoms, and it’s gotten its teeth into me such that I’m ploughing a little time into it at least three times a day and not feeling cheated for any of the money I’ve spent. For a free-to-play title at the very least, that has to be mission accomplished.” 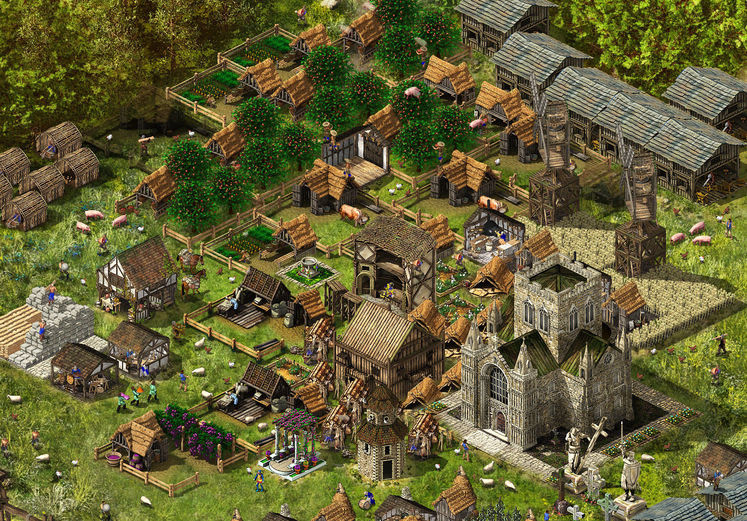 EA’s summer MMO offering, The Secret World is an MMO that’s trying to offer something different. All the myths, legends and folklores of the modern era are real, and you (as a member of one of three factions) are fighting these forces of darkness (and each other, naturally) in order to keep man-kind safe. Taking a bold move by being a subscription game (to the tune of nearly £12 a month, no less), The Secret World is ambitious, interesting and an all-round fresh of breath air in an increasingly musty genre. Chris Capel was certainly sold… more or less:

“It’s not my place to tell the future so I won’t judge whether £11.49 a month was a bad idea or not (cough, it is, cough), but it is my job to judge whether The Secret World is a good game that is worth your money and time right now. It is, most definitely. I enjoyed exploring and the missions were always entertaining. You’ll probably need at least one friend to buy the game and play some missions with you, but as superbly Funcom allow players to move their characters between servers at will (YES!) and join forces with players of a different faction (hooray!) this becomes very easy. That the player base is friendly and welcoming right now is just icing on the cake.” 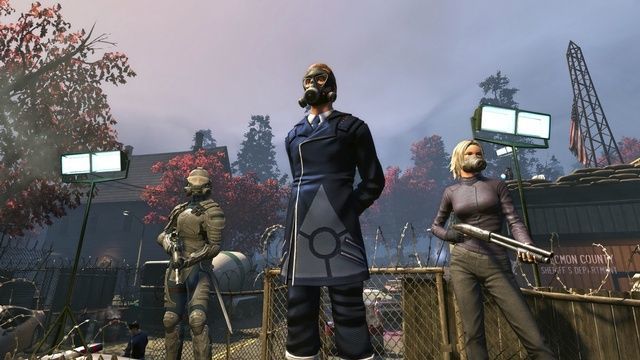 The Dark Eye: Chains of Satinav:

Point & Click adventure games haven’t really been ‘in’ since videogame graphics went 3D (no, not that 3D), and instead have been the play things of indie and fringe developers and gamers, only really gaining some lime-light back with the rise of Digital Distribution. The Dark Eye is a new P&C offering from Daedalic Entertainment, who are veterans at these kind of things, and continue their modest record in Chains of Satinav, which we are told is shockingly not about Sat Navs. Strategy Informer newcomer Kyri Patarou had this to say:

“Chains of Satinav leaves players just as enthralled by, and railing against the machinations of cruel fate as its characters. It’s a flawed gem; full of great ideas, but aching for that last bit of polish needed to complete its status as an undeniable treasure. This is especially apparent in some of its resource management, as despite being played on a computer that vastly exceeds its requirements, it still chugged at times. Regardless of its technical shortcomings, CoS provides a superbly engaging story driven experience, that feels uniquely its own. When a story makes you care about its characters, it’s a triumph, and in this, Chains of Satinav excels.” 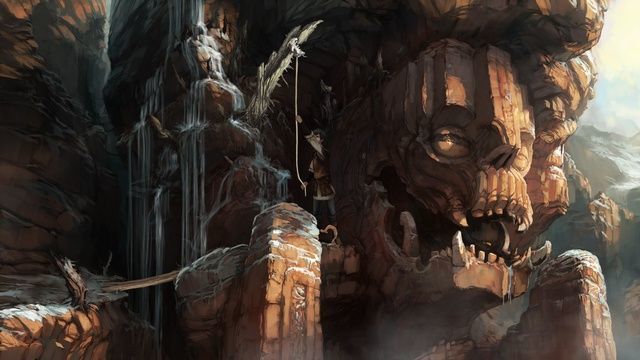 And the winner is…

One of July’s hidden gems, Rainbow Moon proves you can have an experience as lengthy, deep and engaging as any final fantasy title, but packaged and priced as a downloadable game. Whilst we know Stronghold Kingdoms technically scored higher, we feel the award this month should go to these guys simply because it goes beyond expectations, whilst Kingdoms was as we expected.

Following on from others who’ve tried to prove a similar point (Section 8: Prejudice, I Am Alive), Rainbow Moon certainly gives you value for money, although the inclusion of in-game micro-transactions and the affect that has on gameplay means you need to get your ‘grind’ face on and have a lot of patience. Still, it’s compelling, and fairly non-punitive, so JRPG fans will find a lot to love here. As Nick puts it:

“Those gamers who use a thrilling narrative as their gateway into a long game like this and the solid gameplay and breadth of exploration here might not stop Rainbow Moon from becoming tedious. That said, through a combination of streamlining what is a genuinely complicated game and using a simple but effective presentation, the developers have one of the best downloadable games PS3 has ever seen. It may not have a sweeping narrative like Mass Effect, but for RPG lovers, Rainbow Moon is just as much, if not more of a time sink. A bargain that shouldn't be missed and one of the big surprises of 2012 so far.” 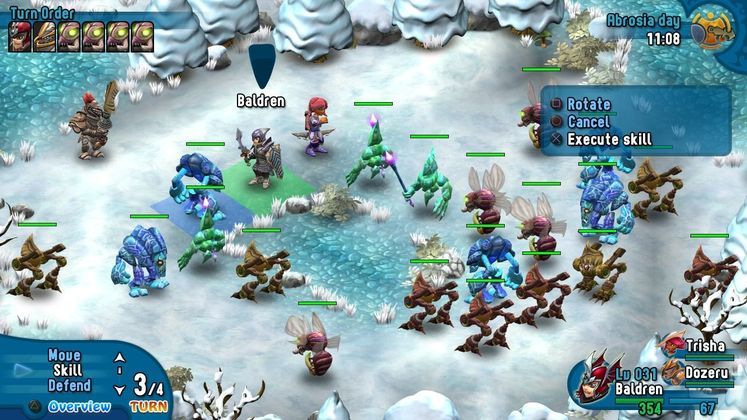 That’s it for this month. Apologies again for there not being one for June, things will continue as normal from now on. August is already looking like its going to be a more interesting month, so we look forward to the post-op analysis in a month’s time. See you then!