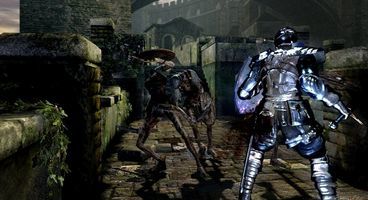 Dark Souls director Hidetaka Miyazaki has hinted that he would be adding an easy difficulty mode to the notoriously difficult game.

According to the developer, “I personally want my games to be described as satisfying rather than difficult. As a matter of fact, I am aiming at giving players sense of accomplishment in the use of difficulty. Having said that, however, it is true that Dark Souls is rather difficult and a number of people may hesitate to play.”

“This fact is really sad to me,” he added, “and I am thinking about whether I should prepare another difficulty that everyone can complete or carefully send all gamers the messages behind our difficult games.”

Miyazaki went on to say that it wasn't because gamers want their games to be too easy, only that he wanted to reach a wider audience.

"If the number of easy games is increasing nowadays, I guess it is because difficulty is not related to interesting and worthwhile game elements in many games among players,” Miyazaki admitted.