03 September 2012 | By Jonah A. Falcon
UIG Entertainment has has announced that racing sim nKPro Racing will be coming out exclusively on PC in October 2012. The game is a hardcore sim worked on by Italian developer Massarutto.

According to the press release, the game will feature "realistic weather which effects racing conditions, such as an aquaplaning simulation for those tricky wet weather races, interactive cockpits and telemetry screens providing accurate data output and analysis."

In addition, the game also includes 9 car classes, including prototypes, single seaters and GT racers, as well as multiplayer support for up to 15 players. If that weren't enough, a track edition will allow players to share their creations with others in the racing community. 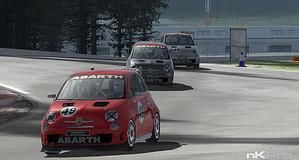