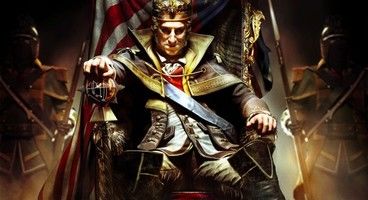 George Washington as you've never seen him.
Ubisoft has confirmed that Assassin's Creed 3 would be getting its own Season Pass. Like most Season Passes, this allows players to pre-pay for downloadable content for the game.

The publisher also revealed some of the DLC that will be a part of the Season Pass, a three episode story arc called "The Tyranny of King Washington", a single player campaign expansion that opens up an alternate history take of the American Revolution in which Washington decided to become King instead of President.

In addition to the single player content, other Assassin’s Creed III downloadable content will feature new maps and characters for multiplayer.

For a further discount, gamers can get the Season Pass at a 25% discount if they pay for it within 6 months of the game's launch. They will also get access to the first DLC one week early.