Capcom "need to have mass-market appeal" to survive, RE6 "very niche" otherwise 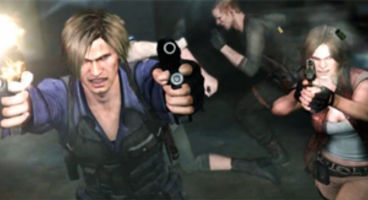 Executive producer Hiroyuki Kobayashi of Capcom's Resident Evil 6 has stated, along with producer Yoshiaki Hirabayashi, that Resident Evil 6 needed to be "as inclusive as possible" to get anywhere.

Going all horror is great and what "really core fans want," but that would "only appeal to a limited audience." Kobayashi-san admits it's "hard to maintain a horror feel" as they try to see what action fits.

The days of creepy mansions with fixed camera angles making gun accuracy a fine art, are over. Capcom embrace fast-paced action to help Resi Evil stay in the chart.

"There's all different types of horror. There's a lot of niche horror out there that really core fans want. You can do a B-movie or a C-movie type of horror, but that would only appeal to a limited audience,” Hiroyuki Kobayashi told 1UP.

"Trying to blend those together is not an easy thing to do,” concluded Kobayashi-san.

Resident Evil 6 has cleaved the community into bloody chunks as some offer it their support whilst others spit venomous remarks at what Capcom has done to the franchise. The publisher is of the view that mass market appeal will offer the greatest chance at future life for Resident Evil, as the niche consumer base is just too weak.

"I believe you can do it. You can make a horror game with mass appeal," added Yoshiaki Hirabayashi.

“We're making games and we need to have mass-market appeal in order to survive. How far do we go into horror before we lose the support of the average player? How far are we going to lessen the horror elements at the risk of losing core fans, including Resident Evil fans?" Resident Evil today barely resembles the series' origin.

“The challenge is trying to push it as close to the edge either way, so that we can satisfy both groups of people. I think we can do it, I really do like horror. I'm fine with pushing it up to 11 in terms of horror. But maybe that's not what we can do and still be saleable," continued producer Hirabayashi.

“For instance, if you have multiple scary stages, just one right after another, and you give that to a Resident Evil fan, they'll be happy with it at first. But they'll get inured to it after a while. It won't be scary for them anymore. I think they would lose interest at that point."

“It's the same with casual players. They play this and it's just too scary and they don't want to keep going. It's too much. It overwhelms them. In order to make and experience something that these two groups find enjoyable, you have to take a step back from that. You can't just bombard them with these horror elements. You have to mix in some stages that are more entertaining and fun than pure horror.”

Resident Evil 6 released on Xbox 360, PS3 and PC this week. Critic scores have been all over the place with some awarding very high end marks, while others leave it languishing in 'meh' territory, or outright condemn it. Resident Evil still suffers growing pains as Capcom continue to struggle with finding that balance between niche and mass.