Are Capcom hinting at Resident Evil 7 releasing before March 2017?

Capcom recently published their sales report for Street Fighter V. In the report, there’s a section about their upcoming games which may include a potential release window for Resident Evil 7.

Here’s the exact section: ”In the fiscal year ending March 31, 2017, the Company is scheduled to release… ‘Resident Evil Umbrella Corps’ (for PlayStation 4 and PC) of the ‘Resident Evil’ series, which marked its 20th anniversary in March 2016, as warm up to the full-scale offensive planned for the second half of the year.”

The next major Resident Evil instalment won't be a repeat of Resident Evil 6 which, as Capcom marketing SVP Michael Pattison acknowledges, was trying to be "too many things to all people."

The term 'bloated' surfaced a lot in feedback, although Leon's missions "went down very well," they can't ignore what critic and fan feedback is telling them. There's "still a strong market" for survival horror. 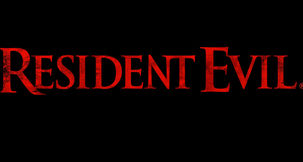