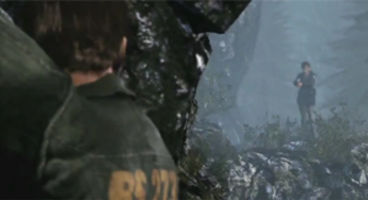 The future of the horror genre is a murky one as before everything "clicked" in the early days of the genre, even the "clunky combat, confusing cameras" and other shortcomings.

Tomm Hulett is associate producer for Silent Hill Downpour, which is "a self contained narrative," and the team is taking the focus back to the town of Silent Hill itself.

"Survival Horror is in an interesting spot these days," said Hulett in an interview. "I think the genre was lucky, to an extent, when it started out. A lot of horror elements “clicked” such as clunky combat, confusing cameras, and so on."

"However, shoddy gameplay can’t be a feature forever, and so everyone fixed the combat—resulting in action games with creepier monsters. If Horror games are going to be “scary” in the future, it’s going to take careful game design to do it. It can be hard to convince people to spend money/time on “scare design” since it doesn’t show very much progress until it’s final and working perfectly... but it’s vital."

"If you have tense, frightening gameplay happening naturally, and then some carefully orchestrated designed-scares... you would have a very memorable horror game. Hopefully that’s the direction the genre is headed."

Hulett believes Silent Hill occupies a unique corner in the horror market - it won't be embracing action gameplay wholesale to appeal to the mainstream gamer.

"I think Silent Hill has established it’s own unique subcategory of “Psychological Horror” within the Horror genre. Silent Hill was a pioneer in 1999, and still remains true to it’s roots with Silent Hill Downpour," he continued.

"While many other games have gone the route of more action oriented game design, attempting to appeal to more mainstream audiences, we’ve taken a very careful approach to the pacing of Downpour to make sure it maintains that original ‘slow-burn’ and keeping the player off guard with less predictability."

"I wouldn’t say Silent Hill gets away with anymore than numerous television shows, movies, or books. If anything, I believe videogames are scrutinized even harder because of the inherent misconception that all videogames are made for kids, while clearly many (such as Silent Hill) are intended specifically for mature audiences."

Check out the full interview between Tomm Hulett and MCV. Silent Hill Downpour released on Xbox 360 and PS3 March 13th in the US, 30th in Europe.