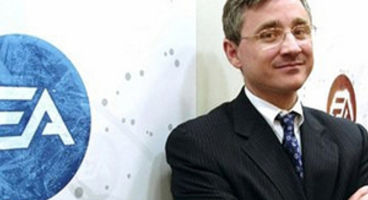 EA Labels president Frank Gibeau has said the publisher is "directing our innovation into existing franchises" as it's generally too late in the cycle to benefit from new IP.

The best time for new IP is "at the front-end" of the cycle typically "within the first 24 months" of launch. Gibeau said as "much as there’s a desire" for new IP now, it won't "really breaking through."

The EA boss also said the rise in gamer population and the chaos it has reeked on the industries direction has almost settled, and we'll all benefit soon enough as a "golden age is coming."

"The time to launch an IP is at the front-end of the hardware cycle, and if you look historically the majority of new IPs are introduced within the first 24 months of each cycle of hardware platforms," explained Frank Gibeau in an interview. "Right now, we’re working on three to five new IPs for the next gen, and in this cycle we’ve been directing our innovation into existing franchises,” he continued.

Some new IP is indeed on the march for this cycle like Arkane's Dishonored, published by Bethesda. Gibeau clarified that he isn't against those who work on new IP so late in the cycle but that it's sadly going to suffer in performance market-wise. “...as much as there’s a desire for new IP, the market doesn’t reward new IP this late in the cycle. They end up doing okay, but not really breaking through,” he said.

"We have to shepherd the time that our developers spend, as well as the money that we spend on development in a positive way, so we're focused on bringing out a bunch of new IPs around the next generation of hardware."

"When you launch a new IP it needs to do something really, really remarkable, and that's easier to do when you have a new set of technology that gives you novel capabilities."

The EA Labels head is looking forward to a new approaching era, born from ever swelling gamer demographics: "From this chaos, you’re going to get a new order,” he explained, “a new approach, that’s going to be a very vibrant time for games.. Yes, there’s chaos right now, but a golden age is coming.”

Check out the full interview between Frank Gibeau and GamesIndustry.biz.