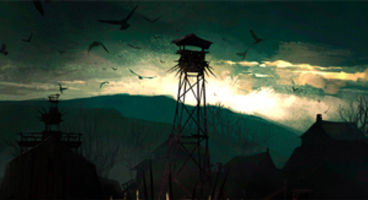 The 2002 re-release on Gamecube was welcomed with open arms and achieved huge critical praise. This new member of Project Zwei takes the role of lead environment artist to spook us.

Developer Tango Gameworks is behind the new survival horror which is to be published by Bethesda. It is said to be Mikami-san's last game that he'll direct.

"...the lead CGI artist from Biohazard Rebirth's environments will be acting as lead environment artist of this project. Rebirth is widely considered one of the most atmospheric titles of all time," reads the official Project Zwei website. No platforms have been announced for the project but it's expected "in the later portion of 2013."

Shinji Mikami's last directed title was Vanquish, which departed from the horror genre for all-out action.