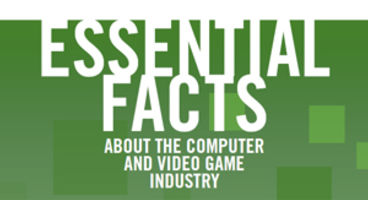 The annual report from the Entertainment Software Association has been published. In their survey it reveals that almost half of US households own dedicated gaming hardware.

In fact on average a US gaming household owns two consoles. Average US gamer age now? 30-years-old, with 37% over 36. Two thirds of parents agree games are mentally stimulating.

The report was released at the opening of this week's E3 event which is still rocking in Los Angeles. Smartphone gaming has risen from 20% to 30% this year.

Parents responded with 98% approval for ESRB ratings on games, saying they were either “very” or “somewhat” helpful guiding their decisions. 73% found optional parental controls featured in gaming consoles to be useful. 66% said games provided positive mental stimuli for their children. 40% game with their kids at least once a week.

The ESA report continued: 33% of gamers in the US play social games, 62% play with others either through local co-op or online, and 15% pay subscriptions to game online. Compared to other forms of media, 40% of gamers found video games were the best value for their money.

Consumer spending on game content, hardware and peripherals in 2011 topped $25 billion. This data came from ESA's '2012 Essential Facts About the Computer and Video Game Industry' report; available in PDF.