06 August 2012 | By Nick Akerman
Files found in Valve's Source Filmmaker suggest the company is currently working on a next-gen engine. 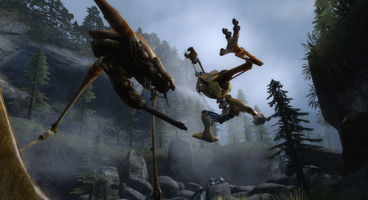 Many lines reference Source 2, according to Valvetime.net.

It's crazy to think the original Source engine has been around since 2004. The uncovered code suggests Valve might be lining up a new version for the release of the next-gen, and indeed, a Half-Life 3 reveal.

Source Filmmaker was launched last month, and might be amongst the first Valve-based programs to receive the update.