This cut-price deal has been rumoured for a while, and is being hounded as an experiment by Microsoft, who are offering a 4GB Xbox 360 console and Kinect for $99. Well, as long as buyers don't mind splashing out $14.99 a month on a Xbox Live Gold subscription. 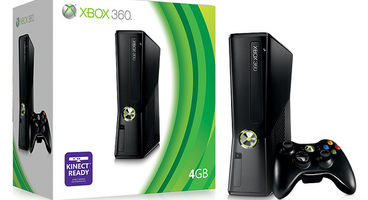 For those wondering, this deal works out at about $40 more than purchasing all the goods outright. Although this is welcome if you're looking to spread the cost, actually getting hold of the hardware might prove a tad difficult. The deal is only running in Microsoft stores, of which there are only 21 in the US.

If this subscription model works, it is widely expected to be expanded worldwide for the launch of next generation consoles.