Guild Wars 2 lets your character swap servers "for a fee"

09 May 2012 | By Nick Akerman
Guild Wars 2 will let players swap servers with their created character. In an interview with PC Gamer, Lead Game Designed Eric Flannum has confirmed the ability "for a fee".

"Servers and server transfers work a bit differently in Guild Wars 2 than they do in a typical MMO. First, we ask you to choose a Home Server. This Home Server determines which side you play for in our World vs. World combat as well as which bonuses from World vs. World are available to you. Another difference is that our guilds exist across servers. Think of each guild as having a distinct chapter that exists on any world where guild members make their homes. So this concept of a home world is very important for Guild Wars 2 players." 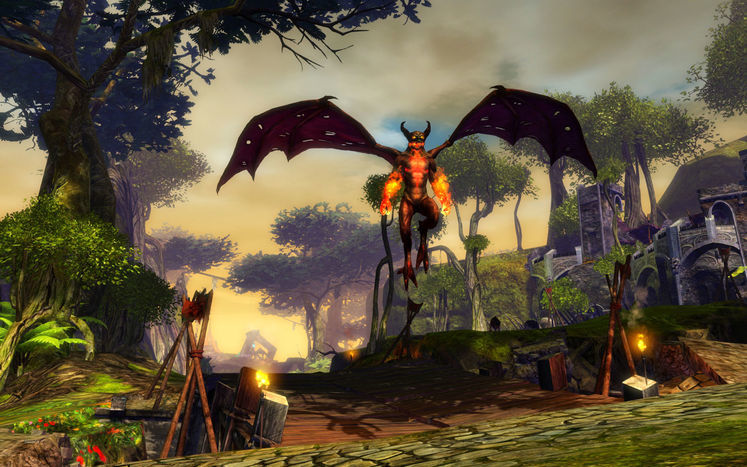 Flannum continued, "A player may transfer from their home world to a new home world for a fee. This fee exists because we want players to make transferring to a new home world a very serious thing and not something that players do on a whim. Once a player pays to transfer, there’s a seven-day period during which they cannot transfer again.

A player may also choose to play on any server where they have a friend as a guest. We want guesting to be an easy way for players to play with their friends from different worlds, so we won’t charge any sort of real world money fee for guesting. Beyond that, we’re still working on what other restrictions we might need to impose and will announce more details when we have them implemented. "

Guild Wars 2 is currently in beta testing with the full version expected to launch later this year.