Blizzard "seeks to prevent registration" of DOTA trademark by Valve 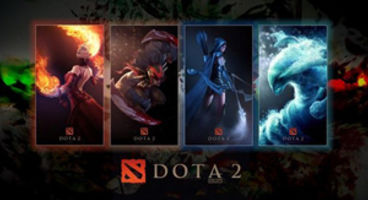 Warcraft creator Blizzard is challenging Valve's bid to register DOTA as their own trademark, arguing it's been "used exclusively by Blizzard and its fan community" for over 7 years.

It's "firmly associated" with Blizzard in the minds of consumers, to "signify a highly popular scenario" for Warcraft III. Valve trying to usurp "seven years of goodwill".

“Valve has no right to the registration it seeks,” declared Blizzard's legal team. The studio has petitioned the US Patent and Trademark Office’s Trial and Appeal Board.

“Blizzard seeks to prevent registration by its competitor Valve Corporation of a trademark, DOTA, that for more than seven years has been used exclusively by Blizzard and its fan community, under license from Blizzard,” reads the statement by Blizzard in their opposition case.

“By virtue of that use, the DOTA mark has become firmly associated in the mind of consumers with Blizzard, including to signify a highly popular scenario or variant of one of Blizzard’s best-selling computer games, Warcraft III. Over the past seven years, the mark DOTA has been used exclusively in connection with Blizzard and its products, namely Warcraft III.”

Valve has never "used the mark DOTA in connection with any product or service that currently is available to the public” and that by "attempting to register the mark DOTA, Valve seeks to appropriate the more than seven years of goodwill that Blizzard has developed”, trying to claim "a name that has come to signify the product of years of time and energy expended by Blizzard and by fans of Warcraft III".

“If such registration is issued, it not only will damage Blizzard, but also the legions of Blizzard fans that have worked for years with Blizzard and its products, including by causing consumers to falsely believe that Valve’s products are affiliated, sponsored or endorsed by Blizzard and are related or connected to Warcraft III,” they continued.

Defence of the Ancients was a scenario mod created for Warcraft III which has become known as DOTA. It's even developed its own form of eSports leagues and essentially birthed a whole new subgenre of video game. League of Legends was inspired by DOTA. Valve is developing DOTA 2.