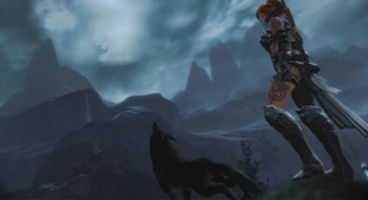 The grand beta weekend finale before the month long stretch to Guild Wars 2 officially releasing will unlock the Asura and the Sylvari races to play. It ships out August 28th.

Starter quests for the Asura will be available in their homeland of Metricia, which includes capital Rata Sum. Sylvari begin in the Grove, a very green and lush capital city.