11 June 2012 | By Nick Akerman
Konami's next-gen Pro Evolution Soccer looks set to use Kojima Productions' Fox Engine, and in response, EA Sports has been quick to assert its plans for next-gen FIFA.

Speaking to CVG, boss Andrew Wilson acknowledged the team are already thinking about what the new set of consoles will bring. 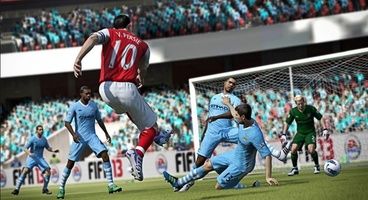 "We are working diligently. We learn't a lot through the last transition and we have not rested on our laurels once. I think right now we are the people's game. We have a responsibility and an obligation to them to continue to deliver great games and in the advent of a new console cycle I think we are very well prepared to deliver against that."

FIFA 13 is expected to integrate smart phone and tablet elements alongside the main experience, and this is something Wilson wants to build upon in the future.

"What part your iPhone plays in the overall experience, what part your tablet plays, how you rally an entire community on Facebook to do things that help you when you get back to your console experience."

"How does that become your central hub for the management of a whole world filled with millions of players that are getting promoted and relegated in virtual football leagues, that are impacted by the real world of football that are following the heartbeat of the season? That's what the future looks like, and the good news is, that's what we're doing now." 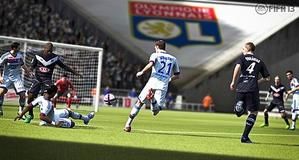