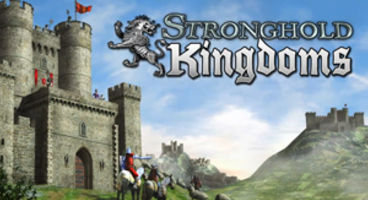 Numbered to the tune of 6 as it officially releases October 17th. The open beta phase draws to a close just as new content has been added. Sound effects have 'achieved' the MMO project.

They were waiting until they had the sound effects sorted for Stronghold Kingdoms, as they have been "one of the most frequently requested features" from the community.

"In the current free to play climate it’s not uncommon for games to stay in beta for more than a year before seeing release. In the case of Kingdoms we wanted to wait until the game felt complete before leaving beta and with the new sound effects we feel we’ve achieved that," said Firefly Studios marketing manager, Nick Tannahill.

"This is really a celebration of all the tweaking, balancing and feature building the team has been doing over the past year and a half. We feel it’s a milestone worthy of a full release." The official release of Stronghold Kingdoms makes no change to its free-to-play model, which is available to download right now on the official website.