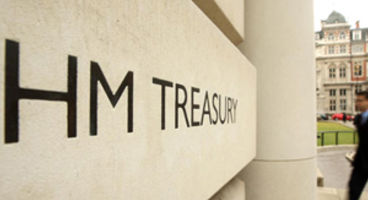 The UK treasury has released copies of the draft legislation being proposed as tax relief for the British games industry. All companies will be eligible regardless of their budgetary situation.

Also revealed are the 'cultural tests' that developers will need to pass in order to accrue the required 16 points to qualify for tax relief. UKIE CEO Dr. Jo Twist called it "another positive step".

Game titles created for advertising purposes or gambling will not be covered by the tax relief initiative. Right now the UK trades bodies are pawing over the draft legislation.

"We're pleased that an initial look at the draft legislation seems to be another positive step for our members and the wider industry, helping us to keep the UK as a leading creative force for games on the global stage," said Dr. Twist.

"It is however vital that we properly scrutinise every detail of the legislation to make sure that the final scheme is in line with the needs of our industry. We need all games businesses to feed-back their thoughts over the next three months so that we can ensure that we have the best possible system operating for all UK games businesses."

Points can be awarded through the cultural tests for things like a game's setting, their characters and the location of outsourced work on the project. For example there will be 4 points awarded if "at least 75 per cent is set in the United Kingdom or another EEA state". Another includes at least 50% of voice over work recorded in the UK.

The UK treasury believes around 300 companies will benefit from their tax relief proposals. UKIE is issuing a call to arms of the UK games industry to join the open sessions this January to discuss the details of the bill taking place before a full consultation on the draft of the tax relief proposal.

"This is excellent news for the video games industry," said TIGA CEO Dr. Richard Wilson. "The Government has listened to our proposals and adopted the vast majority of our suggestions for the design of Games Tax Relief. TIGA is particularly pleased that there is no minimum spend threshold: this will enable start-up studios and small development businesses with smaller budget games to benefit from Games Tax Relief."

The tax relief extends coverage to post-release work such as downloadable content. "Additionally, it is excellent that the Government has agreed to allow post-release development expenditure including QA costs to be eligible for Games Tax Relief," continued Dr. Wilson. "One of TIGA's key priorities has been to ensure that the new Games Tax Relief supports the 'games as a service' business model. The Government agrees. This is a good day for the UK games industry."

UK Chancellor George Osborne said in his autumn statement last week that "following consultation on their design, the government will ensure that the reliefs are among the most generous in the world." The draft tax relief legislation is available to read online, including the proposed cultural tests to qualify for the relief.