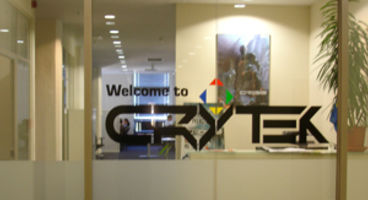 Crysis creators Crytek have a "spectacular" project they're working on alongside THQ's Homefront and Ryse. They can't spill on it yet but April will host its debut to the public.

Nick Button-Brown of the studio boasts it's "genuinely the best of that kind of project" they've ever done. The team onboard are "really enthusiastic" and "really happy" with it.

THQ passed the Homefront torch to Crytek as they love the Crysis series. Triple-A development is where the studio's focus remains, assures general manager Nick Button-Brown.

"There are so many things I can't talk about," he teased. "A big part of our business is big budget console and PC games. We are doing all these other things, but they're on top of that and we're doing them because they're interesting."

"We still want to deliver the highest quality that we can, wherever we go," he added. "You know about Homefront, you know about Ryse. We are working on another project... all three of which are looking really good."

What scraps did he throw our way on this new project? "The other project looks absolutely fantastic - I mean, genuinely the best of that kind of project we've ever done," continued the GM.

"It looks spectacular, the team are doing really, really well and it's just really nice to see the team really enthusiastic about what they're doing. They're really happy."

"We're going to carry on doing those games. We like doing mobile games, we like doing free-to-play, but we also like blowing things up in a visually stunning style." A recent EA job advertisement revealed they're publishing something new with Crytek, since they've had such a good time with them on Crysis.