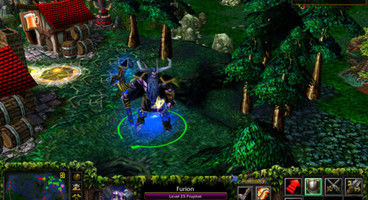 Blizzard and Valve have finally announced that their legal tussle over Defense of the Ancients (DOTA) has finally been resolved via a mutual agreement. Valve will own the name DOTA, and will continue to release commercial DOTA games such as Defense of the Ancients 2, while Blizzard's version of DOTA will be renamed Blizzard All-Stars.

Blizzard had challenged Valve's right to trademark DOTA and Defense of the Ancients since the original DOTA was a Warcraft III mod.

According to Blizzard exec VP Rob Pardo, “Both Blizzard and Valve recognize that, at the end of the day, players just want to be able to play the games they’re looking forward to, so we’re happy to come to an agreement that helps both of us stay focused on that."

“As part of this agreement, we’re going to be changing the name of Blizzard DOTA to Blizzard All-Stars, which ultimately better reflects the design of our game. We look forward to going into more detail on that at a later date,”

“We’re pleased that we could come to an agreement with Blizzard without drawing things out in a way that would benefit no one,” Valve president Gabe Newell stated in a press release. “We both want to focus on the things our fans care about, creating and shipping great games for our communities.”

As for noncommercial use, Blizzard will preserve use of DOTA for its community “with regard to player-created maps for Warcraft III and StarCraft II.”

Related Games:
Warcraft III: Reign of Chaos, Defense of the Ancients 2, Heroes of the Storm