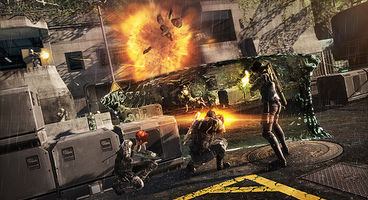 Insomniac Games has broken new ground with its first multiplatform game, Fuse, and CEO Ted Price has stated that the developer may be done with single player only games as well.

According to Price in an interview with GameSpot, "I can't imagine that any game we'd do from here on out will be single-player-only. The (game industry) has changed. As gamers, we have always been social, but thanks to the way technology has evolved, it's much easier for us to play together. And it's much easier for developers to create experiences where you can play together. So we want to encourage that with all of our games because ultimately, in my opinion, it's often more fun to play with a friend."

This doesn't mean Insomniac won't include single player modes in its games anymore, however.

Fuse was just officially announced by Insomniac as an Xbox 360 and PlayStation 3 four player co-op game. The title was first announced as Overstrike at E3 2011.