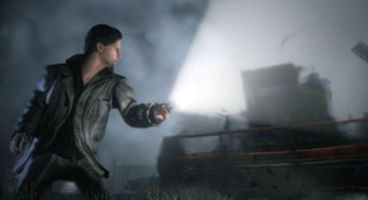 The head of franchise development over at Remedy Entertainment says that Alan Wake, their spooky writer series, has cleared the 2 million sold milestone which includes PC sales.

It's become something "really positive" after a slow start. Fans of Alan Wake "feel the urge to tell their friends" about it. Passed over "sipping cocktails" to get on with Alan Wake.

$45 million fell into Remedy's lap with the sale of the Max Payne franchise, but they didn't want to just checkout. They wanted a new challenge and Alan Wake provided it.

"We've moved over two million copies - that's including PC," confirmed Oskari Häkkinen. "So after a slow start it's turning into something really positive. It's definitely had legs. I think narrative experiences just have a tendency for that."

"Alan Wake's like a cult classic if you like... People who have played and enjoyed the story feel the urge to tell their friends and other gamers out there that they need to try this experience, they need to play it."

Originally Alan Wake was set to arrive on Xbox 360 and PC at the same time but then Microsoft pulled the plug to desktop gamers, but Remedy never stopped 'whinging like a child' to get some Alan Wake on PC. Microsoft eventually relented after the series did so well and we finally achieved the dream early this year.

Also released was XBLA title Alan Wake's American Nightmare - the series has a future: "Yeah, I think so. Alan Wake is definitely very close to our hearts. It's our IP - we own it. It's not something that we're going to forget very easily."

"After Max Payne we could've literally gone, the whole team, and sat on a beach and sipped cocktails for quite some time. It's no secret that the Max Payne franchise was sold for $45 million. That put us in a really promising situation, but at the same time our hearts are in making video games and not in sipping cocktails on the beach."

Will Remedy dangle Alan Wake in front of a hungry buyer for another cool $45 million?

"That'd be fun, yeah, but Alan Wake is close to our hearts," mused Häkkinen.

Alan Wake's PC development costs we recouped in just 2 days of being on sale through Steam.