13 March 2012 | By Jonah A. Falcon
Gamers have found in the past week since Mass Effect 3's release that their multiplayer items, whether earned via in-game credits or real-world cash, have been disappearing. The tiered booster packs which players can purchase contain common, uncommon, and rare versions of weapons, attachments, and consumables. 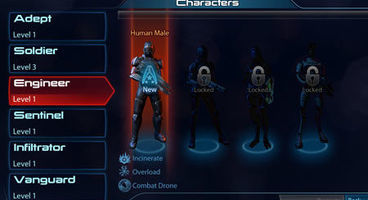 Worse, some players have complained that they've lost their earned classes, such as Quarian infiltrators and Asari adepts.

BioWare community manager Chris Priestly has announced in the official Mass Effect 3 forum that the developer is aware of the issue, and is working to fix it.

In the meantime, Priestly advises gamers to avoid going into the Store while “Ready” for a multiplayer match and to not accept invites while in the Store. Players would unready themselves before enterting the store.

Mass Effect 3 was released on the 6th March in North America and the 9th March worldwide for PC, Xbox 360 and PlayStation 3.