Battle Chess being resurrected on Kickstarter 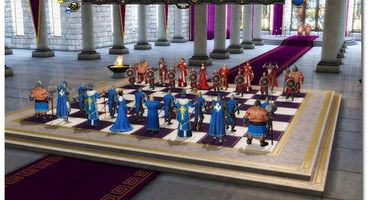 Subdued Software has announced that they're bringing the 1988 Amiga classic Battle Chess back, and are fundraising on Kickstarter. The game is being aimed at PC and has an estimated October 2012 release date.

For gamers who don't know the IP - and Subdued States states that this game is the official licensed Battle Chess - the game is regular chess, not combat chess like Archon. However, when pieces capture each other, there are hilarious and sometimes charming animation, such as two Queens getting into a slap fight.

The developer states that Battle Chess will have more variety to its combat animations, featuring 77 different possible battle scenarios, with each character having at least three variations. In addition, there will be three animated camera variations to cut down on repeated animations.

There will also be three different environments to play in, including the Throne Room, Dungeon and Garden will advanced lighting and normal mapping. The game will also feature a completely original musical score and professional voice talent for each of the characters.

As with most chess games, there will be multiple gameplay modes. The Versus AI mode will have six diffculty levels, with the hardest playing at 2300 ELO. A Challenge Mode will include nine scenarios in which players will be instructed to perform certain tasks, such as “Capture the King in 3 moves.” The game will also feature local and online multiplayer, as well as an online time limit game, with turns restricted to 2, 5, 10, 30, 60, 90 or 120 minutes.

Battle Chess will also feature Skill based Match making, which allows players of like skill levels to play each other, Leaderboard support with rankings, full statistics and over 100 different Achievements.

Should Battle Chess exceed its $100K goal, Subdued promises, "Further funding will allow us to add more exciting features and extra content. We would also be able to bring Battle Chess to new platforms such as XBox 360, Android, Mac and iOS." 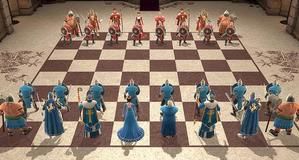