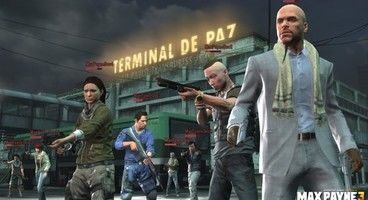 Rockstar has announced in its official blog that it will be premiering a new initiative to stop cheating in the multiplayer mode of its popular third person shooter Max Payne 3. According to the developer, there have been what it calls "a small minority of players" who are "spoiling the Max Payne 3 multiplayer experience for honest players with cheats and hacks".

The blog goes on to warn that cheaters will be forced into matches only with other cheaters - a fitting punishment. The blog states, "Anyone found to have used hacked saves, modded games, or other exploits to gain an unfair advantage in Max Payne 3 Multiplayer, or to circumvent the leaderboards will be quarantined from all other players into a 'Cheaters Pool', where they'll only be able to compete in multiplayer matches with other confirmed miscreants."

"In the event we decide to absolve any of these cheaters for their past transgressions they may re-enter play with the general public, however a second offense will result in their indefinite banishment.

"In either case, we will be removing invalid leaderboard entries to ensure that the players at the top of the charts have earned their spots fairly."

While Rockstar is promising there will be updates that will plug some of the exploits, the developer also wants help from other gamers in stopping cheating. The studio urges players to email them at maxpayne3.banhammer@rockstargames.com to report cheating, with the following info:

* Description of the violation

* If possible, please include concrete evidence, such as a video or a screenshot

Let us know if you've seen cheating being performed in Max Payne 3 multiplayer matches before your very eyes.