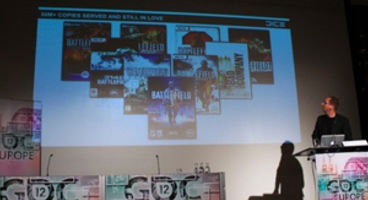 The Battlefield series may be on its way to those awkward teen years, but creator DICE is twice the IPs age at 20. General manager Karl Magnus Troedsson is celebrating at GDC Europe today.

Since it debuted the series has "served" over 50 million players, and the studio is "in love" as ever with their "core franchise." A 'Premium Edition' is rumoured to commemorate hitting 10.

Battlefield 3 has shipped 12 million copies since November 2011, with Battlefield 4 due by holiday 2013. The series has grown a lot and environment destruction is now 'the norm'.